ENU mutagenesis identifies mice with cardiac fibrosis and hepatic steatosis caused by a mutation in the mitochondrial trifunctional protein ß-subunit.

The OncoDB.HCC (http://oncodb.hcc.ibms.sinica.edu.tw) is based on physical maps of rodent and human genomes containing quantitative trait ......


Effect of Carboxylate-Binding Mode on Metal Binding/Selectivity and Function in Proteins.

Almost one-half of all known proteins contain metal cofactor(s),1 which perform a variety of tasks ranging from protein structure stabili ......


Serum- and Glucocorticoid-Inducible Kinase 1 (SGK1) Increases Neurite Formation through Microtubule Depolymerization by SGK1 and by SGK1 Phosphorylation of Tau.

Serum- and glucocorticoid-inducible kinase 1 (SGK1) is a member of the Ser/Thr protein kinase family that regulates a variety of cell fun ......

Human pancreatitis-associated protein was identified in pathognomonic lesions of Alzheimer's disease, a disease characterized by the ...... 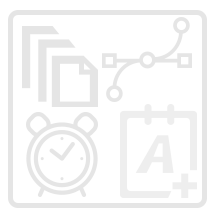 
Long contiguous stretches of homozygosity in the human genome.

Single nucleotide polymorphisms (SNPs) are the most common sequence variation in the human genome; they have been successfully used in ma ......


Both CXCR3 and CXCL10/IFN-Inducible Protein 10 Are Required for Resistance to Primary Infection by Dengue Virus.

We examined the extent to which CXCR3 mediates resistance to dengue infection. Following intracerebral infection with dengue virus, CXCR3 ......